The Speculative Object:
Site in an Asynchronic Age
Jennifer Weiler

This webpage summarizes my sculpture as part of the show "The Speculative Object: Site in an Asynchronic Age." The show was a three-year collaboration between William Paterson University and Arizona State University, where it opened before traveling to several locations including the International Sculpture Conference in Kansas City, Missouri.

Fabrication Process
The sculptures were created by milling the digital design into stryrofoam at William Paterson University. The styrofoam models were then shipped to Arizona State University, where they were cast into metal. 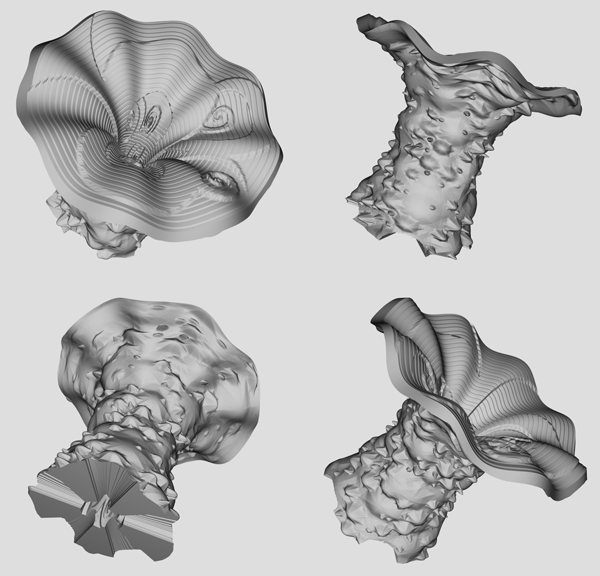 
The wax model is shelled in a silicone slurry that hardens into a shell (left)
The wax is then heated and drained out of the silicone mold, and liquid bronze is poured in
The silicone shell is then broken open, and the bronze sculpture is revealed (right)

A special feature of the Speculative Object exhibition included the works in virtual reality settings around the globe using Google Earth, which allowed the viewer to click and travel to see—virtually—the sculptures in a setting planned by the artist. My sculpture was placed on a beach in southern Iceland.

The exhibitions inclusion of past and future technologies, used and presented side-by-side, enlarges the viewer's conception of sculpture in the age of the Internet.